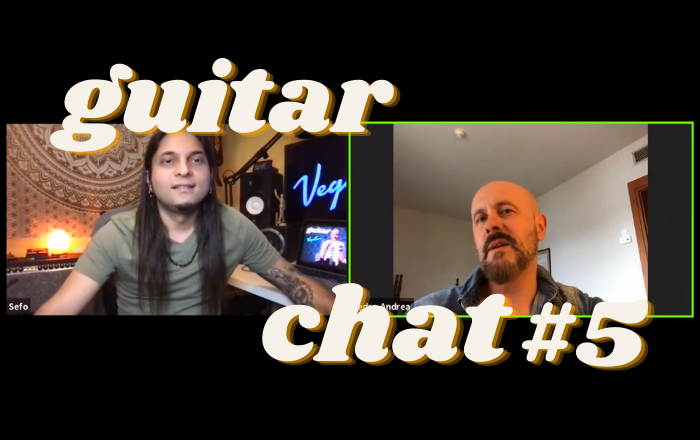 Last week we had the honor of having one of the most important Spanish guitarists of all times.

Pedro Andrea: winner of the first Guitar Player Magazine world award (USA), author of 14 albums as a solo artist and two didactic videos in which he teaches his particular style. Although his work draws as much from Rock as from Blues or Pop, Andrea has made incursions into Flamenco that have won the admiration of Raimundo Amador and even Paco de Lucia. He has also recorded and toured with artists such as Carlos Santana, Ana Torroja, Rosana, Antonio Vega, Antonio Carmona, David Bisbal, Pastora Soler, Luz Casal, David Summers, Rosario and many more.

If you missed the 5th edition, you can now join us. Subscribe and turn on notifications so you don’t miss Guitar Chat #6 next Thursday.